The N-Power programme commenced in 2016. The first 200,000 N-Power beneficiaries were selected from 350,000 Graduate applications.

To avoid some payment issues that plague(d) the 2016 beneficiaries, the BVN validation stage was introduced. Here, applicants whose names didn’t match their BVN were precluded from proceeding to the Assessment Test phase stage.

2,258,266 people scaled through the BVN validation stage. They were consequently invited to proceed to the Assessment Test Phase. 1,746, 454 people honoured that invitation.

In selecting the 300,000, we took the following into consideration1. BVN Validation and Online Assessment

7. Rural-Urban Distribution Balance. Priority was given to the Rural Areas especially N-Agro applicants

300,000 have been pre-selected for the physical verification stage. Applicants and the General Public must note that pre-selection does not equate Final selection. 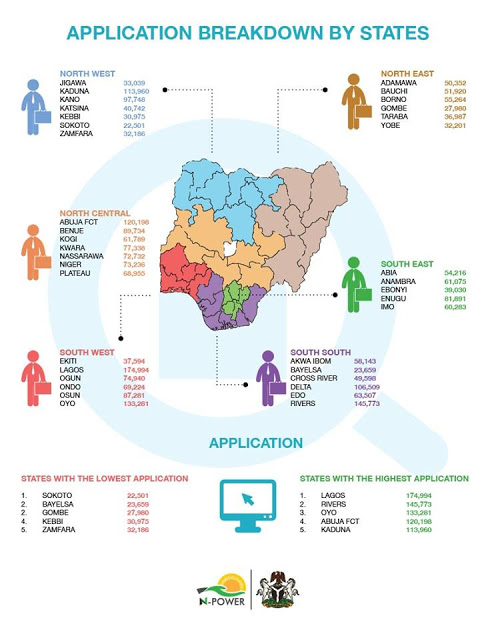 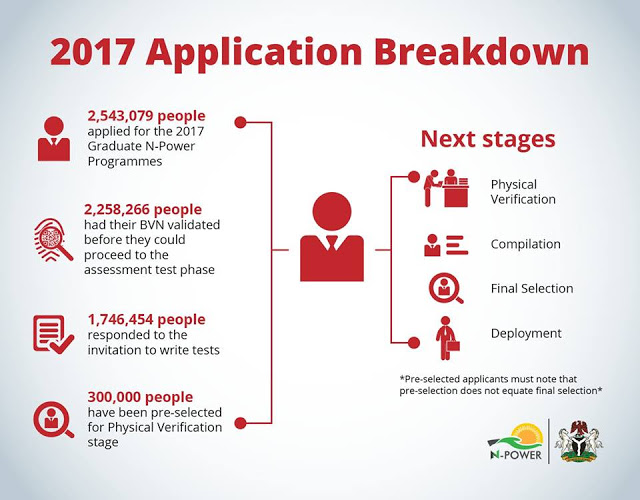 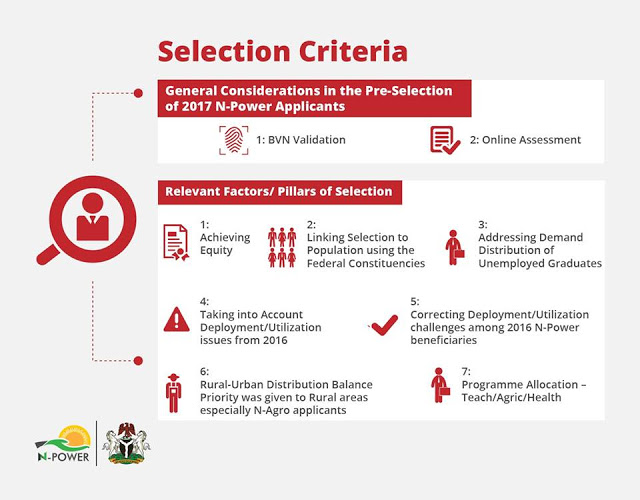 Image 4: What Pre-selection is not 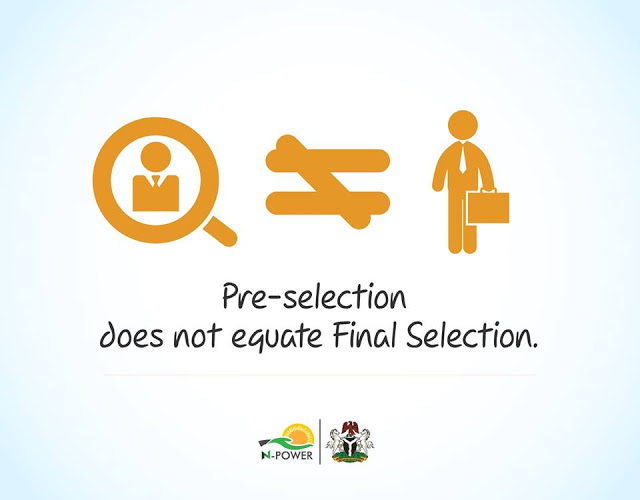 RELATED:  N-Power Buildbportal will be Open within a few Weeks, 6th Nov., 2018